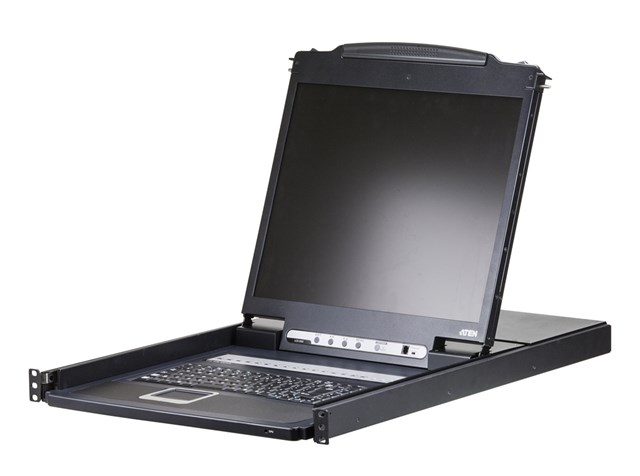 With limited server room space and rising maintenance costs, network administrators are now more than ever looking for solutions that reduce both costs and space requirements. ATEN LCD KVM Switches offer a space saving, streamlined approach to KVM switching technology by integrating an LCD panel, full keyboard, and touchpad into a 1U rack-mountable sliding housing.

No options for this product
Every effort has been made to ensure the accuracy of all information contained herein. e-nitiative shall not be liable for any changes resulting in wrong product description, tax code and/or price. The shown information (specifications, prices, taxes) should be considered as an indication and can be changed at any moment and without any prior notice.